Usually my POTS* is content to take the back stage and let ME/CFS run the show, but recently it has been asserting itself in a rather forceful manner. Sitting on raised chairs, showering and just existing seems to send my blood rushing from my head to my feet, leaving me spending a lot of time on the floor or against my dresser with my legs up to get that pesky blood back where it belongs.

END_OF_DOCUMENT_TOKEN_TO_BE_REPLACED

Just a heads up that I’ve had another piece published, regarding racism in the AFL. You might recall I wrote about footballer Adam Goodes earlier in the year – how his unapologetic stance against outrageous racism from fans and players cost him his position in the AFL. Another player, Héritier Lumumba, has recently had his career cut short by similar racial abuse. The fact that he stood up against racial slurs, sexism and homophobia in the sport made him a prime target for those who believe minority groups should be seen and not heard.

Read Héritier Lumumba and the AFL’s problem with race on Independent Australia.

Way back in summer 2016 I set myself the goal of knitting a few basic, wearable jumpers for the following winter. My first was the Merino Blank Canvas Jumper, and this is the second: Andi Satterlund’s Armande cardigan, free from Knitty, worked in Knit Picks Wool of the Andes Superwash. 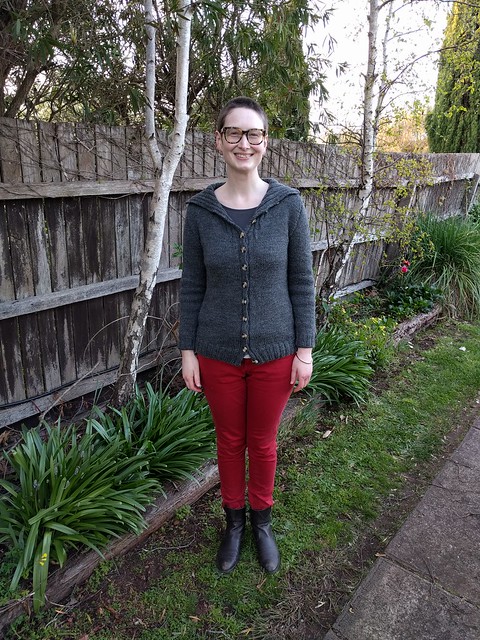 END_OF_DOCUMENT_TOKEN_TO_BE_REPLACED

Last week, I received my voting form for the Australian Marriage Law survey. Thanks to the political will of the Coalition Federal Government, Australians now have the opportunity to cast their potentially meaningless vote on the legalisation of same-sex marriage via an unnecessary and divisive postal survey. Costing $122 million, the survey is non-binding*, and several Liberal MPs, including almost half of South Australian representatives, have already claimed they will not acknowledge a “yes” vote. Legally, a survey or plebiscite is not necessary to make any amendments to the Marriage Act, which the Howard government changed in 2004 to define marriage as “the union of a man and a woman to the exclusion of all others”, and to prevent same-sex marriages conducted overseas being recognised in Australia.** END_OF_DOCUMENT_TOKEN_TO_BE_REPLACED

Today is R U OK? Day, the day upon which you are encouraged to ask your friends how they are going. It is a day focused on suicide prevention, and aims to encourage those who are struggling to seek help. It is also a day that makes me extremely uncomfortable about our society’s relationship to mental illness.

END_OF_DOCUMENT_TOKEN_TO_BE_REPLACED

When I wrote about my cotton/linen Grainline Archer Shirt, I mentioned it would look elegant in a fabric with more drape. So, here is my second iteration of the pattern, sewn in a lightweight cotton with a fantastic watermelon print. 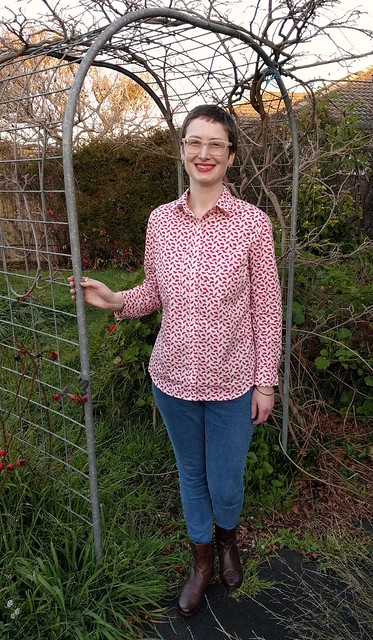 END_OF_DOCUMENT_TOKEN_TO_BE_REPLACED

I feel it’s important to document my sewing failures as well as successes, so here is my latest flop: the Vado Custom-Fit Sewing Pattern – Semi-Fitted Women’s Blouse. An offering from Bootstrap Patterns, the Vado blouse is drafted to fit from your own measurements. You’d think that would be a sure bet for a great fit, but that was unfortunately not the case.