I’m sure you’ve heard of this pattern already – it’s been immensely popular in the online sewing community and it seems I can’t scroll my Instagram feed without seeing another version pop up! The pattern in question, of course, is the In the Folds Peplum Top, a free download from Peppermint Magazine.

Peppermint Magazine is an Aussie publication focused on sustainable style, and I love how they’ve partnered with local pattern designer In the Folds* to create their Sewing School, full of cute, free pattern downloads.  (Although I have to admit I unsubscribed to Peppermint Mag some time ago due to their bizarre fear-mongering and lack of plus-size models.)

As much as I like this pattern, I wasn’t sure it was quite “me” – but figured as it was free, it was well worth the experiment!

I bought this fabric ages ago from The Remnant Warehouse, with the intention of making it into a shirt. It got halfway there before I realised it was just too lightweight for purpose, so I was glad to be able to rescue it to make this top! There was just enough fabric for the pattern, though I had to compromise on the peplum – it ended up being 3/4 the width of the drafted piece (and pieced together, obviously).

I was surprised I managed to squeeze this top out of my remnants, as I’d lengthened the body by 6cm (+ an extra 1cm in sewing) and cut the shoulder pieces doubled, to sew like a shirt yoke (burrito-style). It’s just long enough on me with the added length – obviously it’s designed to be a crop top, but as I’m so tall most tops end up being crop tops on me anyway, I prefer the extra length.

I knew from attempting to sew the first shirt that this fabric did not take well to being overlocked, so I mostly used French seams, with the exception of the waist-peplum seam which was overlocked (the extra bulk made it feed better through the overlocker). I also added a CF seam due to fabric restrictions.

One thing I liked about this pattern was that the size range was labelled alphabetically (A-K), rather than numerically. And as far as I can gather, the size range is roughly equivalent to (if not broader than) Burda’s full size range of 34-52! I was between sizes, and chose the size down using the very scientific method of holding a measuring tape around myself to the garment’s finished measurement. Another plus – this pattern has a table of finished measurements in the instructions.

I had two minor quibbles with this pattern. The first was that it includes printed pieces for the bias tape and peplums, which are just basic rectangles. It seems bizarre to me that a pattern from an environmental magazine which admonishes the user for wasting fabric would include 12 extra pages to print when basic dimensions in the instructions would do. You don’t even need precise lengths for bias tape – just cut what you think you’ll need (opening seam line length) plus a bit more.

The second was the erroneous use of the term “bias binding” to refer to bias facing.** I would have just done my own thing instead of cutting bias tape pieces to pattern dimensions had I realised earlier.

But Siobhan, you might think, how can you finish the v-neck with straight bias tape when you don’t have the drafted shaped ends?

I’ve included a low-fi picture tutorial for how I finished the v-neck of my top in a separate post (as this one was becoming obnoxiously long). It’s probably one of many ways you could sew it, but I would encourage you to at least consider cutting your own bias pieces and sewing them as you go for a few reasons.

Obviously you save paper and fussing about with annoying little pattern pieces. What’s better is your bias facing or binding will always be perfectly fitted to the opening. If you have a circle of bias tape cut to a pattern piece, it may or may not match the opening due to all the little imprecisions which occur in the sewing process – stretching, shifting, cutting and sewing which is just a few mm’s out. 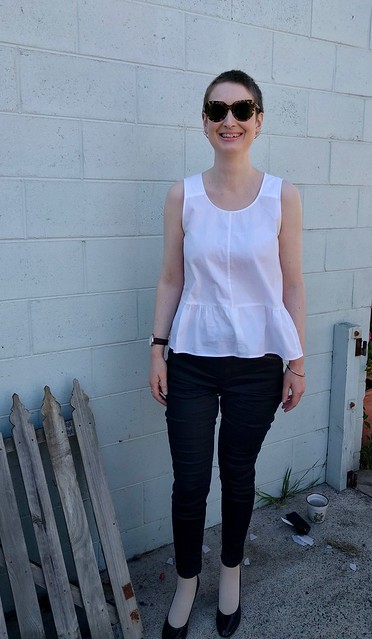 You also achieve even tension in application much more easily when you are sewing a length of tape by feel. Finally, I think it’s good practice to understand how and why techniques work, so you can apply them to patterns which don’t include them as drafted.

So, do I like this top? And is it “me”? Honestly, I’m not sure. I mean, it’s a fantastic pattern, I highly recommend it, and I think it looks pretty cute on me. It’s just hard to tell whether something is going to get use in my wardrobe when I’m so exhausted most of the time I can’t fathom putting anything else on than a sloppy tee and stretch pants. I also need more high waisted, warm-weather-appropriate pants to be able to really pull this off.

I hope it gets some wear this summer, as I like the style and really enjoyed sewing it, particularly the satisfaction of turning a failed project into a successful one! 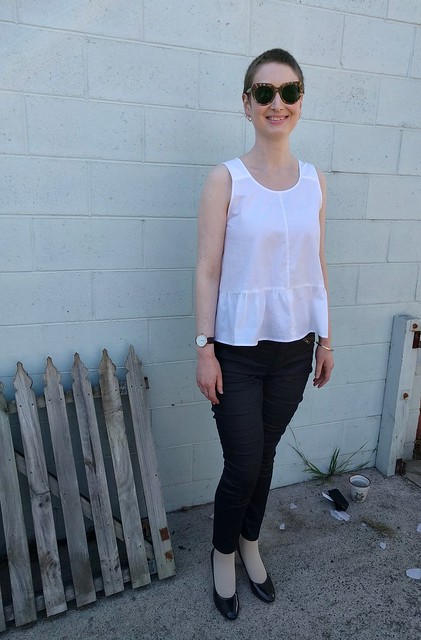 The deets:
Pattern: In the Folds Peplum Top
Pattern details: “The Peplum Top is a simple summer singlet with a comfortable and relaxed fit, perfect for warm summer days. It features a scooped neck at the front and a v-neck at the back, shoulder panels and a gathered peplum. The neckline and armholes are finished with bias binding for a beautiful and professional finish.” Sizes A-K (bust 76-131cm).
Fabric: Remnants of Cotton Poplin – Clean Slate from The Remnant Warehouse. “This lovely 100% cotton poplin fabric is reasonably light, soft and smooth. Perfect for shirting, light weight garments. While this fabric is described as opaque, as it is a light colour some darker colours may still show underneath. Suitable also for dying. 110gsm.”
Mods: Size D.
– 12mm forward head adjustment, added to back bodice and taken from front bodice (not affecting shoulder pieces)
– Added 6cm length to body in drafting, + 1cm when sewing by using smaller seam allowances at waist-peplum seam
– Added CF seam and pieced peplum
– Peplum was approx. 156cm wide, as opposed to the 208.6cm total width called for in pattern
– Shoulder pieces were doubled and sewn like a yoke using the burrito method
– Sewed narrow bias facing for armholes and neckline (see below for technique)

*You’ll also find some Pattern Runway patterns in there!

20 thoughts on “In the Folds Peplum Top” 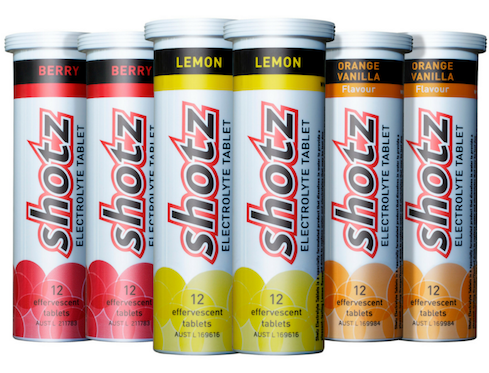 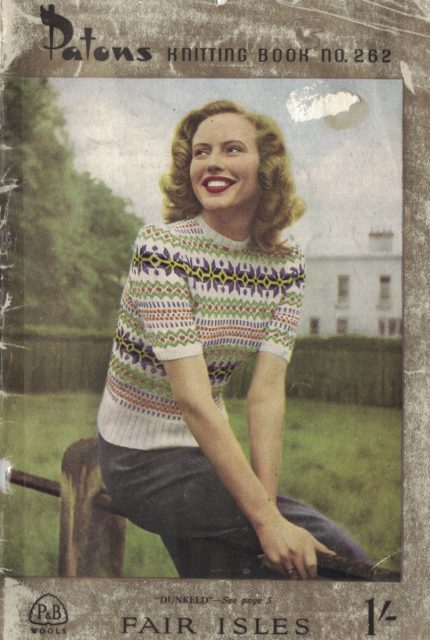