This was an interim knit, made in April while deciding which jumper to knit this winter. And what better interim knit than a hat? I’ve made plenty of berets, cloches and caps before (see my Hats tag or Ravelry projects page for more), but my hat wardrobe was conspicuously lacking in beanies. So I turned to Kelbourne Woolens’ free hat pattern, the February Hat.

The yarn I used was KnitPicks Swish DK, leftover from my Blank Canvas jumper. If you’re used to Australian merino yarns, this might feel a bit different. It is very soft, to the point of being silky and drapey. Of course, merino is known for its soft hand, but other merinos I’ve knit with maintain a bit more “spring” than the drapey Swish. It’s almost like a RTW merino, rather than one you’d find in a yarn shop. 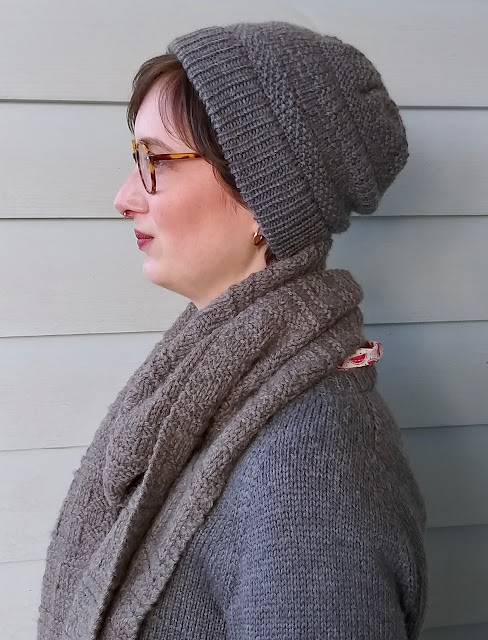 Like RTW merino knits, Swish pills terribly. In my opinion, it’s a fair trade off for the other characteristics of the yarn, and as someone with sensory issues, I’d rather have a wearable but pilled jumper than one I overlook because I can’t “unnotice” the itchiness. Overall, it’s a beautiful yarn at an affordable price point, and my Blank Canvas jumper has become a much-worn staple of my winter wardrobe.

Due to the smooth profile of Swish, textured patterns pop against the uninterrupted backdrop. That’s one of the reasons I chose the February Hat pattern – seeing the slipped stitches and purl bumps form above the sheeny stockinette stitch was a delight.

The stitch patterns are relatively simple, though I found the folded rib brim a challenge, having never knit one before. Anything that involves a provisional cast on gets the side eye from me, and this was a bit more fiddly than it was worth. The finished effect is beautiful, but I just can’t go past the utilitarian beauty of a plain old long tail or German twisted cast on for rib. 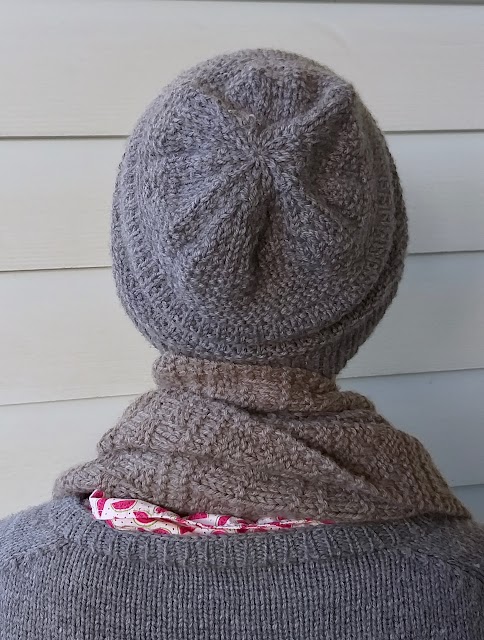 As is usually the case, my gauge didn’t match that of the pattern. No matter – I added 12 stitches for a slightly wider hat. I thought I’d added enough stitches so the pattern could repeats seamlessly, but as it turns out the pattern repeats themselves are not totally even. So the section before the end of round is not quite in pattern, but not noticeably so.

Because of the new stitch count, I followed my own decreases vaguely based on these instructions from Aroha Knits. You essentially have to decrease in a manner which lines up the decreases in the hat, by diving the round into segments and decreasing at the end of every segment until most stitches are gone. I had 100 stitches worked in 10 segments of 10 stitches each, so the first row was k8, k2tog, etc. I made a little chart in Google Sheets based on the chart in the pattern to ensure I was keeping the textured stitch pattern relatively consistent throughout the peak. 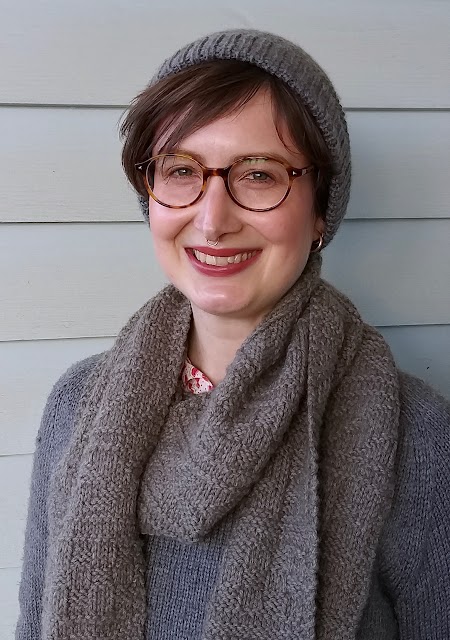 Kelbourne Woollens have been releasing a free hat pattern a month in 2019, for their “Year of Hats” series. Based on my experience with this pattern, and others I have knit from them, I’d recommend them. Their patterns are easy to understand and knit, and have beautifully understated design details that really make a project special. I’m sure this hat will get a lot of wear this winter, and as a devoted cabled lover, I’m eyeing off their May Hat pattern for when I can knit again! 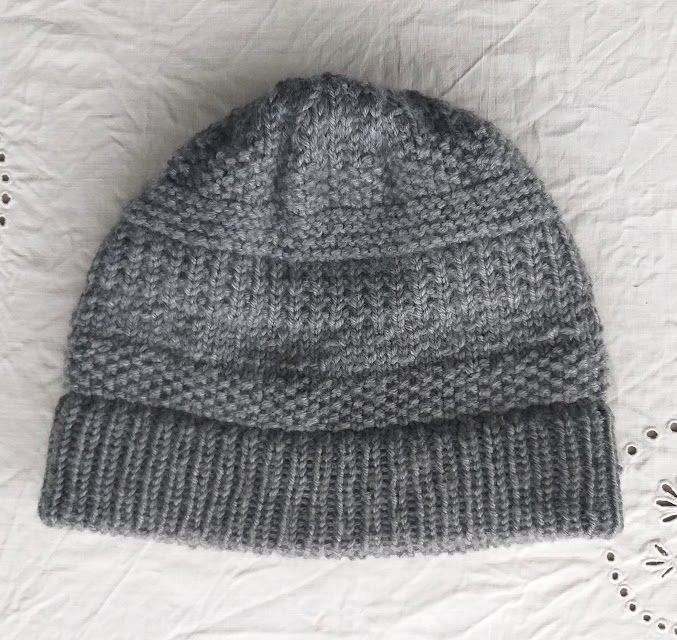 The details:
Pattern: February Hat by Kate Gagnon Osborn of Kelbourne Woolens
Pattern details: “What’s better than a free hat pattern? 12 free hat patterns, of course! This year we’re releasing a new, free hat design in Germantown on the 3rd Tuesday of each month. When thinking about what I wanted to do for my first contribution to the year of hats, I took a bunch of elements of knitting I really, really love – a folded brim, textured stitches, stripes, and a pom pom – and incorporated them all into the design.” Free pattern download.
Yarn: 1.46 skeins / 164.3 meters / 179.6 yards / 73 grams Knit Picks Swish DK in Marble Heather
Needles: 4mm for brim, 4.5mm for body of hat
Mods: Using lighter weight yarn knit at a tighter gauge; approx. 20 sts / 4” in pattern (pattern calls for 18 sts). Added an extra 12 sts to compensate (total st count 100 sts). As pattern repeat is 22 sts, had to change the crown decreases for 10 decrease segments of 10 sts. More on my Ravelry project page.